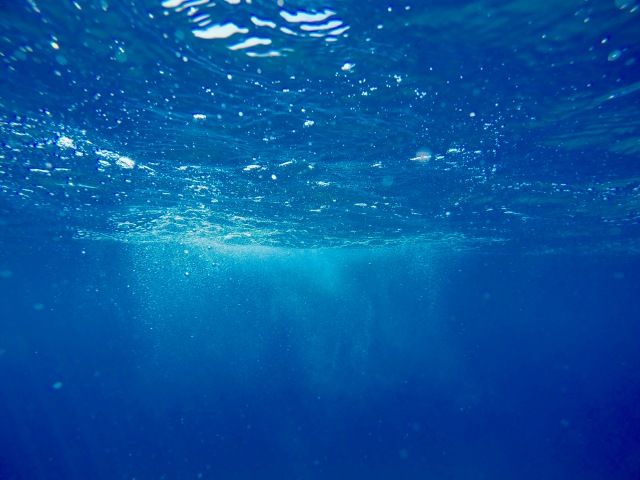 Before answering the question “What is ocean acidification and why is it happening?”, it would be key to explain how the acidity of the ocean even occurs. Primarily, acidity is caused by the dissociation of an acid in an aqueous solution to release H+ ions into the system. This could be a partial or complete dissociation as exampled in Figure 1.

H3COOH ⇌ H3COO– + H+  (partially dissociated due to being a weak acid)

Some acids can release more protons than others which increases the H+ concentration more per molar of the acid, comparatively HCl releases less protons than H2SO4, as the latter is dibasic (2 hydrogen atoms bonded) while the former is monobasic.

In the ocean, the major acid dissociation that occurs is that of H2CO3 (carbonic acid), formed by atmospheric CO2 dissolving into the surface water layer due to a concentration gradient. To cause an increase in H+ multiple-step reactions must occur:

Technically, the ocean is alkaline with a pH of around 8.1 but this predicted to change dramatically to a pH of 7.8 by 2100, the pH is logarithmic hence all changes are more substantial than they seem. For example, a pH=6 has ten times more H+ than a pH=7 so a high concentration of H+ has a low pH value and is calculated using -log[H+ (aq)]. The ocean is also a buffer solution which is a system that minimises pH changes when a small amount of acid or base are added; it requires the presence of both an acid (H+) and its conjugate base (HCO3–/CO32-). The equilibrium shifts position to prevent a substantial change in pH so if there is an increase in the concentration of H+, equilibrium will shift towards the undissociated acid to reduce the concentration of H+ to maintain the acid-base equilibrium. However, this cannot occur in large-scale systems in increased amounts as the reservoir of conjugate acids and conjugate bases will be depleted causing the buffer solution to no long ‘buffer’.

Since the industrial revolution, there has been an increase in the output of anthropologically influenced/formed hydrocarbons and hence atmospheric carbon due to the combustion of fossil fuels and utilisation in the production of polymer plastics. This has resulted in a heightened concentration gradient between dissolved CO2­ and the air above the surface layer so a higher magnitude of carbon dioxide dissolves into the water. This causes a cascade effect in the following reactions in Figure 2 ultimately ensuing in more H+ ions in the ocean and an increased acidity.

The resultant decrease in oceanic pH has dire effects on all carbonate-shelled organisms as the increased proton concentration dissolves the shells. Plankton are made of aragonite or calcite (both isomers of carbonate) that breaks down under acidic conditions, phytoplankton synthesise 50% of the global O2 production so a reduction in the biomass of oxygenic photosynthetic microscopic algae will have an unfavourable effect on the total primary production in our oceans.  Conclusively, this will result in a decline in the oceanic primary producers so less oxygen will be photosynthesised for both marine and terrestrial life.

Lastly, an example of the destruction of carbonate-based shells has been notarised in seafood businesses’ (such as the American Clam), during the formation of the shell in hatcheries the increased acidity prevents/ breaks down the shell as it forms and reduces the population size. This is due to the reaction in Figure 3. If this continues at a similar rate, all carbonate-shelled organisms (ranging from plankton to clams, from crabs to lobsters) could be under threat.

Conjugate acid-base – using the Bronsted-Lowry model, a species that is interchangeable due to the addition or subtraction of a H+ ion.

One thought on “Ocean Acidification: A Brief Synopsis”